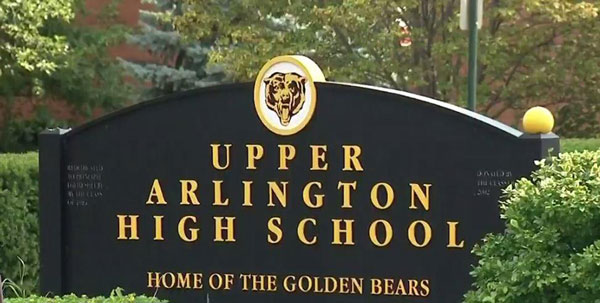 Eastland Heating & Cooling is proud to serve the hardworking homeowners of Upper Arlington, OH, and surrounding areas, with a superior level of customer service that makes HVAC seem like a breeze. It is our mission to provide you with a Five Star Experience each and every time. We offer Upper Arlington, OH, residents premium Heating, Cooling, and Indoor Air Quality products and services for homeowners on all types of budgets. This means we have the prices you want, the service you need, and the comfort you deserve. We’re a Comfortmaker Elite Dealer in the Columbus market! Get a free online estimate on Comfortmaker products today!

We offer 24-hour local emergency HVAC repair services 365 days a year, including holidays and weekends. Need a tune-up? We offer A/C, furnace and heat pump maintenance to make sure you’re ready for the upcoming season. We service all brands of HVAC equipment in Upper Arlington, OH, such as Amana, Goodman, and more! With our stress-free and quick scheduling options, we are here to help you. Experience the Five Star Difference with Eastland Heating & Cooling!

Getting to Know Upper Arlington, OH

A city that is rich with culture, art, and history, Upper Arlington is a suburb on the northwest side of Columbus with a population of about 35,366 people as of last year.

The area of the town, however, was first known to be the home of the Adena people, going back as far as history goes. The Adena were legendary for building cone-shaped mounds as elaborate burial sites. Hundreds of years after the Adena came the Wyandot people. They called the land home before being forced out by the U.S. Government, which gave the land to Revolutionary War soldiers as payment for their service in America’s war for independence. These soldiers, in turn, sold the land to a variety of families in the 1800s who went on later to develop it.

Upper Arlington encourages a diverse, dynamic arts environment that incorporates a public gallery at its Municipal Services Center, a variety of public art projects, educational programs in the schools, outdoor concerts in the summer, and their Labor Day Arts Festival. Since 1966, the Arts Festival – which is the City of Upper Arlington’s trademark event – draws more than 25,000 visitors to Northam Park to examine and purchase fine arts and crafts from more than 200 artist vendors. The festival houses art activities, interactive performances, live music and much more. In addition to the festival, the city’s parks and recreation department has a variety of family-centered community events all year long. Parks and recreation in Upper Arlington include Fancyburg Park, Thompson Park, Northam Park Tennis Courts, Scioto Country Club and The Ohio State University Golf Club

So, if you’re a Upper Arlington, OH area homeowner asking yourself “why is my A/C not blowing cold air?” or “why is my furnace not blowing?” or “why is my house so humid?” or any other question related to an HVAC system, we have the answers and we would be happy to come out and help you out. If you reside in the Central Ohio region and need help with home comfort or air quality, we would be more than happy to provide you with any of our premium, residential HVAC services at an affordable price. Need emergency Heating or Cooling services? Is your furnace not warming your home? Give us a call at (614) 861-5203. Or, you can schedule an appointment online now by clicking here! Trust Eastland Heating & Cooling to provide you with a Five Star Experience today!

Five Star Heating & Cooling Group Rated 5.0 out of 5 stars based on 2 customer reviews

Chris was efficient, friendly, knowledgeable, and explained what he was doing.

Convenience
5 days ago5 days ago