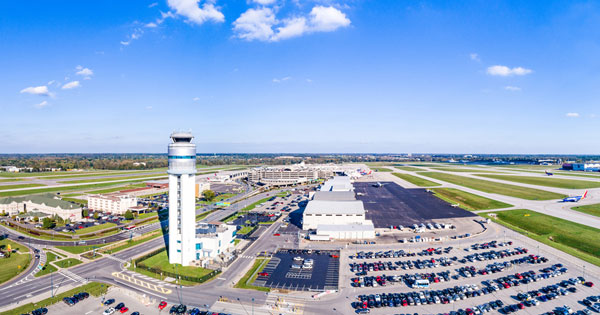 Eastland Heating & Cooling is proud to serve the hardworking homeowners of Groveport, OH, and surrounding areas, with a superior level of customer service that makes HVAC seem like a breeze. It is our mission to provide you with a Five Star Experience each and every time. We offer Groveport, OH, residents premium Heating, Cooling, and Indoor Air Quality products and services for homeowners on all types of budgets. This means we have the prices you want, the service you need, and the comfort you deserve. We’re a Comfortmaker Elite Dealer in the Columbus market! Get a free online estimate on Comfortmaker products today!

We offer 24-hour local emergency HVAC repair services 365 days a year, including holidays and weekends. Need a tune-up? We offer A/C, furnace and heat pump maintenance to make sure you’re ready for the upcoming season. We service all brands of HVAC equipment in Groveport, OH, such as Amana, Goodman, and more! With our stress-free and quick scheduling options, we are here to help you. Experience the Five Star Difference with Eastland Heating & Cooling!

Getting to Know Groveport, OH

The home of a world-famous horse trainer of historic times, Groveport is a Franklin County city located southeast of Columbus. It has a population of 5,363.

Historically, Groveport was at one time the home of John Solomon Rarey, the world-famous 19th-century horse expert, and the developer of the acclaimed “Rarey Technique” for rehabbing horses.

In 1846, Groveport had its origins established as a single entity, when then rivaling towns Wert’s Grove and Rareysport ended up merging. Since 1847, a post office with the name Groveport has been in operation. The city also houses the historic Groveport Log House, which was built in 1815. In 1974, it was moved to its current location near the Groveport Cemetery.

Because of the city’s proximity to the Air National Guard Base and Rickenbacker International Airport, Groveport numerous large corporations have their headquarters or significant operations in Groveport. Among these large companies, there is Eddie Bauer, Gap, Amazon.com, FedEx, Spiegel Brands, American Electric Power and VistaPrint.

So, if you’re a Groveport, OH area homeowner asking yourself “why is my A/C not blowing cold air?” or “why is my furnace not blowing?” or “why is my house so humid?” or any other question related to an HVAC system, we have the answers and we would be happy to come out and help you out. If you reside in the Central Ohio region and need help with home comfort or air quality, we would be more than happy to provide you with any of our premium, residential HVAC services at an affordable price. Need emergency Heating or Cooling services? Is your furnace not warming your home? Give us a call at (614) 861-5203. Or, you can schedule an appointment online now by clicking here! Trust Eastland Heating & Cooling to provide you with a Five Star Experience today!

Five Star Heating & Cooling Group Rated 5.0 out of 5 stars based on 45 customer reviews

We needed to have the installation completed within a specified time window, and the team did an excellent job of ensuring that everything was complete and working properly ahead of the time needed. The area was clean when they left. We were also able to take advantage of some end-of-season pricing.

Getting to the bottom of it

Tech Chris brought his supervisor Hunter with him to figure out why furnace keeps shutting off.

Was amazing to watch him check the system out.

Showed up the same day and went above and beyond to get our new thermostat set up and our air back up and running.

Service tech called ahead of time and arrived moments later. He was thorough and provided me with a detailed readout of what he had checked. I have used them previously and will probably again.

Pickerington H&C are responsive,thorough,neat,as well as knowledgeable.. They had my air conditioner back running great in under an hour..

Convenience
5 days ago5 days ago