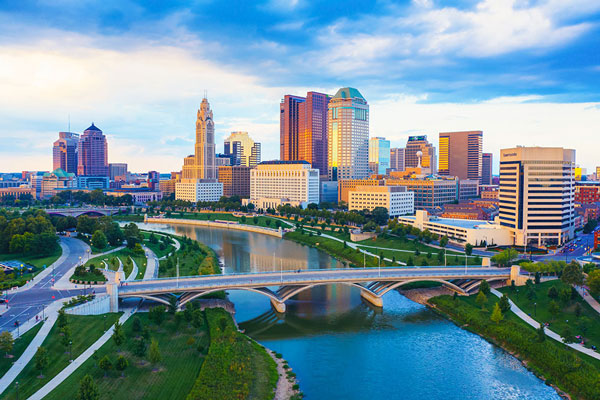 Eastland Heating & Cooling is proud to serve the hardworking homeowners of Columbus, OH, and surrounding areas, with a superior level of customer service that makes HVAC seem like a breeze. It is our mission to provide you with a Five Star Experience each and every time. We offer Columbus, OH, residents premium Heating, Cooling, and Indoor Air Quality products and services for homeowners on all types of budgets. This means we have the prices you want, the service you need, and the comfort you deserve. We’re a Comfortmaker Elite Dealer in the Columbus market! Get a free online estimate on Comfortmaker products today!

We offer 24-hour local emergency HVAC repair services 365 days a year, including holidays and weekends. Need a tune-up? We offer A/C, furnace and heat pump maintenance to make sure you’re ready for the upcoming season. We service all brands of HVAC equipment in Columbus, OH, such as Amana, Goodman, and more! With our stress-free and quick scheduling options, we are here to help you. Experience the Five Star Difference with Eastland Heating & Cooling!

Getting to Know Columbus, OH

Named after the historic explorer, Christopher Columbus, the City of Columbus is not only the state capital of Ohio, and home of The Ohio State University. However, Columbus is also the most heavily populated city in the state by a long shot. With just under a million people estimated to reside in the Greater Columbus Metro Area, the population of Columbus is about three times that of any other Ohio city. Additionally, Columbus ranked as the 14th most populous city in the nation, Columbus is ranked number two in the midwest, second only to Chicago.

Originally, Columbus began with a string of American Indian settlements along the banks of the Scioto River. Franklinton, which is now a city neighborhood, was the first European settlement in this area. Franklinton was actually laid out in the year 1797. Later, in 1812, Columbus was at the confluence of the Scioto River and the Olentangy River. It assumed the role of state capital four years after being founded and later became the Franklin County seat in 1824.

With a diverse economy based on government, insurance, education, banking, defense, food, aviation, clothes, steel, logistics, medical research, energy, health care, retail, hospitality, and technology, the metropolitan area is home to the world’s largest private research and development foundation, the world’s largest clearinghouse of chemical information and last but not least, OSU, which is among the largest and most prestigious universities in the nation.

So, if you’re a Columbus, OH area homeowner asking yourself “why is my A/C not blowing cold air?” or “why is my furnace not blowing?” or “why is my house so humid?” or any other question related to an HVAC system, we have the answers and we would be happy to come out and help you out. If you reside in the Central Ohio region and need help with home comfort or air quality, we would be more than happy to provide you with any of our premium, residential HVAC services at an affordable price. Need emergency Heating or Cooling services? Is your furnace not warming your home? Give us a call at (614) 861-5203. Or, you can schedule an appointment online now by clicking here! Trust Eastland Heating & Cooling to provide you with a Five Star Experience today!

Five Star Heating & Cooling Group Rated 4.9 out of 5 stars based on 309 customer reviews

5 star service from a 5 star company

I did get 5 star service.

Tech was very professional and friendly

Adam was the polite, personable, young man who conducted the 6 month inspection/tune up of my furnace. He was great! He quickly took care of a slight condensation we were having. Two thumbs up!

Great service by Cory who came for a scheduled furnace inspection.

Cory is the most professional and well mannered person who gives great service. could not ask for a better service provider.

Job was done on time

great customer service. was called to let me know he was coming early and ask me if it as okay.